Building Resilience from the Bottom Up: Reflections on a Flood Management Project at the India-Nepal Border

A flagship program of Lutheran World Relief, the Transboundary Flood Resilience Project is in its eighth year and has impacted over 100,000 people. The project began with a focus on early warning systems but has expanded to encompass community-based disaster risk reduction, infrastructure, safety nets, public-private partnerships, and flood resilient livelihoods.

Narayan Gyawali, an alum of the November 2020 Flood Green Guide training course, reflects on his work leading the project and how he plans to integrate learnings from the course. The conversation has been edited for brevity and clarity.

Could you describe the process of setting flood management project objectives that are location-specific and precise?

The floods begin in the Himalayas and move downstream to communities in India. Passing flood alerts across the border used to take hours. Within that time, people were often killed. So we decided to start with the objective of improving community-based early warning systems.

What are the main social, economic, and governance challenges that you encountered?

The people in flood-prone communities alongside the riverbank are generally very vulnerable. They do not have the money to leave the area as wealthy people can. Plus, there is often a lack of government services in these areas. International humanitarian organizations should prioritize supporting these people as much as possible, especially as vulnerability increases with the climate crisis.

Another challenge is community expectations. Local governments and residents often assume that the way to control the river is through hard construction. It would be helpful to hold an orientation around soft structural and non-structural solutions. If we work alongside the community and make the project participatory, they will come to appreciate the importance of an integrated approach.

We also need to work with local and national governments to develop a long-term flood resilience plan. Some agencies are working on this, but it is very slow, and the impact has not been felt at the community level. We are working to speed up the process and elevate communities’ perspectives. For example, we support community-based institutions called Transboundary Citizen Forums, which coordinate with local government officials to mainstream disaster risk reduction issues into planning processes.

Additionally, we are working on hosting a Flood Green Guide training specifically for local governments. It is important for governments to feel ownership of natural flood management because, ultimately, they have control over planning and authority over resources. There is a lot of work to do.

As part of the project, 62% of communities have adopted new livelihood strategies. How did you approach building trust in the community to achieve such deep shifts?

Building trust is the difficult part. We work with grassroots level organizations such as Community Disaster Management Committees, which coordinate flood response on the ground. We have also been working with cooperatives and with farmers groups.

This locally-based approach has allowed us to build the resilience of livelihoods. For example, we worked with leaders of the farmer cooperative to establish demo plots containing flood resilient varieties on one side of the field and traditional varieties on the other. After flooding, people saw with their own eyes the advantages of resilient varieties. Seeing is believing. That is how to build trust.

Could you talk about how the project evolved over the eight years?

Now we are also using text message systems. We partnered with the Hydrology Meteorology Department of the Government of Nepal, which sends a mass message blast to the impacted communities. By using technology to reach people directly, accurate information is conveyed in a much shorter amount of time. That allows more time for evacuation.

We also established agricultural resilience advisories. They provide information on climatic conditions, optimal crop types, and disease and pest management for the season. These have reduced operational costs and increased yield, and we are working on expanding them.

Have you thought about incorporating natural and nature-based methods into the project?

To be honest, we did not think about nature at the beginning. And we focused on specific communities instead of the larger watershed context. But following a 2017 flood, an assessment indicated that we had to work on reforestation and natural drainage infrastructure. Based on that, we revised our programs. For example, we promoted citrus plantations because they not only benefit livelihoods but can also protect swales.

Prior to the Flood Green Guide training, I had been thinking about the future of the project. For this project to have a long-term impact, especially as the climate changes, we have to use a watershed management approach. I already had a sense of the need to use more natural and nature-based methods, but the training really made me confident that this is the right time and gave me ideas of how to implement these tools. We plan to integrate more natural and nature-based methods as part of the next phase.

What advice would you give to someone starting a flood resilience project?

I have learned from every phase of this project over the past eight years. Local governments often look to the short-term and the fastest method, such as building dams or diverging rivers. But as we have seen in the Koshi river basin, for example, hard structures can have adverse impacts on communities and actually worsen flooding in some cases. It is important to design flood resilience projects through an integrated approach and focus on multiple methods, including natural and nature-based methods.

There is no one fixed solution. I have learned that we have to be flexible with our approach based on the local context. And we have to work very closely with communities and local governments to make them feel like our work is responsive to their needs. A bottom-up approach is essential for any project.

Additional background on the Transboundary Flood Resilience Project can be found here. 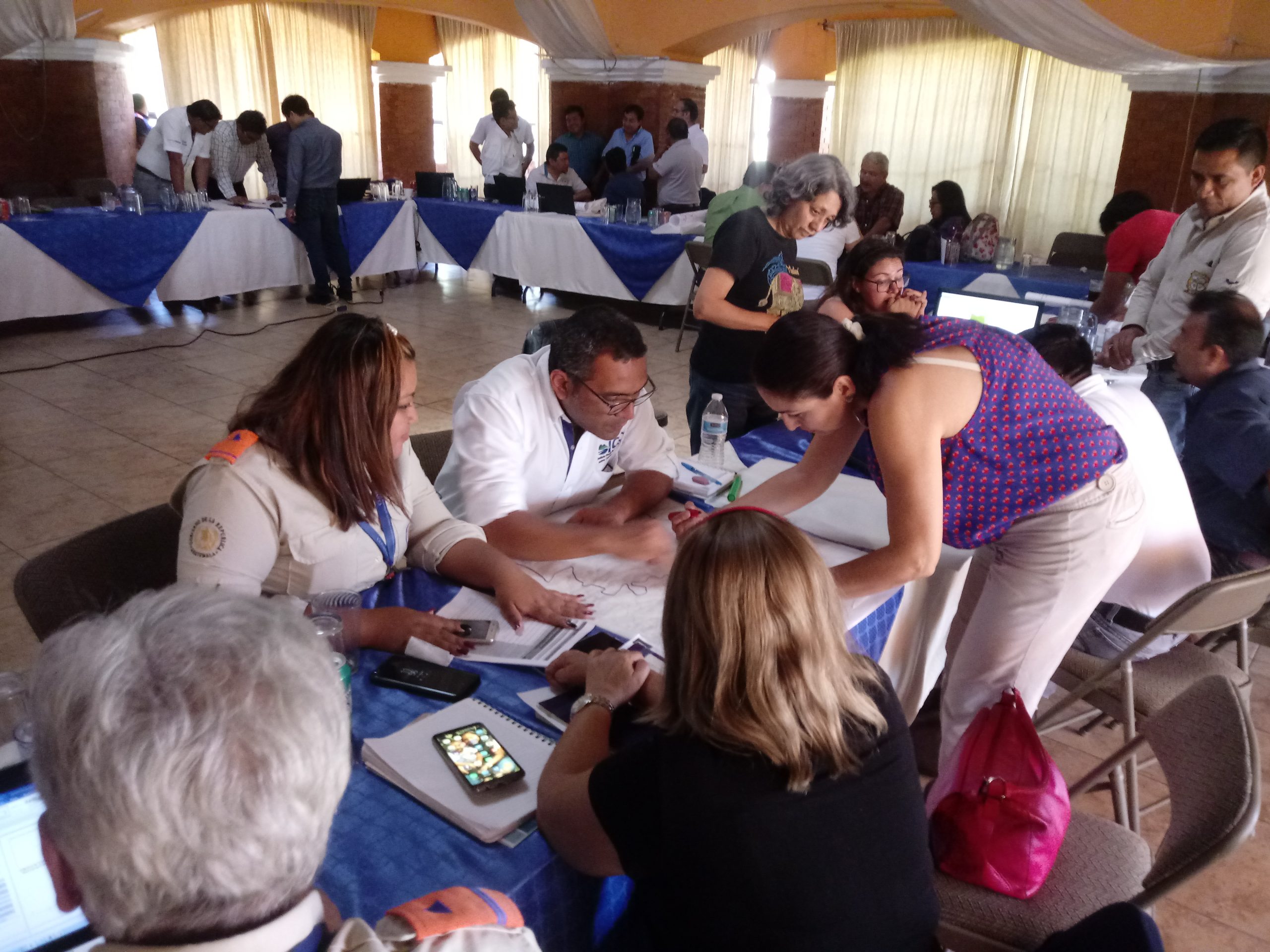